What is the Future Perfect Continuous Verb?

This verb is useful if you want to talk about what you will be doing at some future time.  It uses: will have been and adds verb + ing

Here you talk about a current event in your life and how this event or action will be finished or accomplished at some future time.  For example lets imagine that I’m currently writing an essay: When I finish this essay I will have been working on it for two weeks.  Here, I’m predicting that soon, at some time in the future I will be finished the essay.   In my imagination I have gone in to the future at a time when I will have finished the essay.

This verb is used mostly in time expressions.  Further examples: 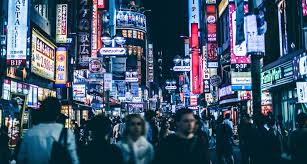 Investment……….Using money or something valuable to create a better future (noun)

Sustainable………something / situation which can used for continuous benefit (adjective)

Develop…………….When somebody or something grows or matures into something better (verb)

Investment……..This is when money or time and effort is used to create a profit for the future (noun)

Productive……….This is when a person or a situation are able to create a positive outcome (adjective)

Please read all of this story:

This story is about a friend who I met recently who told me that he is currently living in the UK and was disappointed about the lack of work opportunities:

Recently I met a friend who I had not seen for a long time.  He told me that he had not been living in the United Kingdom for a very long time but had learnt a lot about the economy and what its like to live in one of the cities of the UK.

He said to me: “By 2030, I will have been living here for 15 years”.  He went on to tell me that not enough economic progress had been made especially in terms of work opportunities.  He said that in the UK and also around the world 8 percent of people who are in jobs are also living in extreme poverty.  Also, 700 million people have to work in conditions which increase their chances of staying in poverty.

Before we parted I got a glimpse of his uncertainty about living here because he said something very distinct: “In 2021, I won’t have been living here for very long but long enough to know if I want to stay or not”!

With your friends see if you can create some simple sentences with: I will have been / I won’t have been using verbs ending in ing.   Look at the story above to get an example of how the verb is used in this way in the future tense.

The next lesson (lesson 13) will be on Saturday 7th March 2020.  The lesson content and theme is still to be decided.

Global Goal 8 – Decent work and economic grown: Why it matters 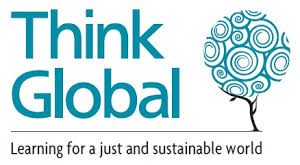